Autodetail DMV, provides the same extravagant results provided by top-tier detail shops, without the tremendous hassle of having to drop off your vehicle.  Convenient, hassle-free professional detailing. All we require is a spot to service your car. 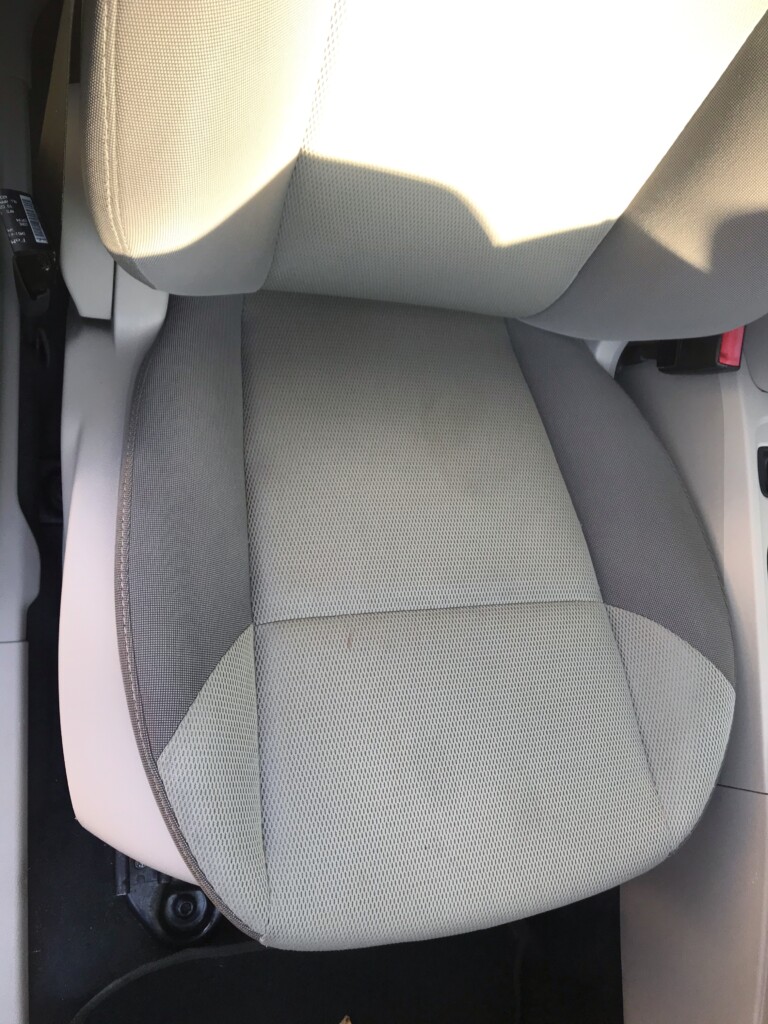 Does your car have any scratches or light cosmetic damage? Perhaps the paint on your vehicle appears to be worn from day-to-day use. If you’re interested in a complete overhaul of your car’s exterior shine, inquire about a mobile paint polishing package. 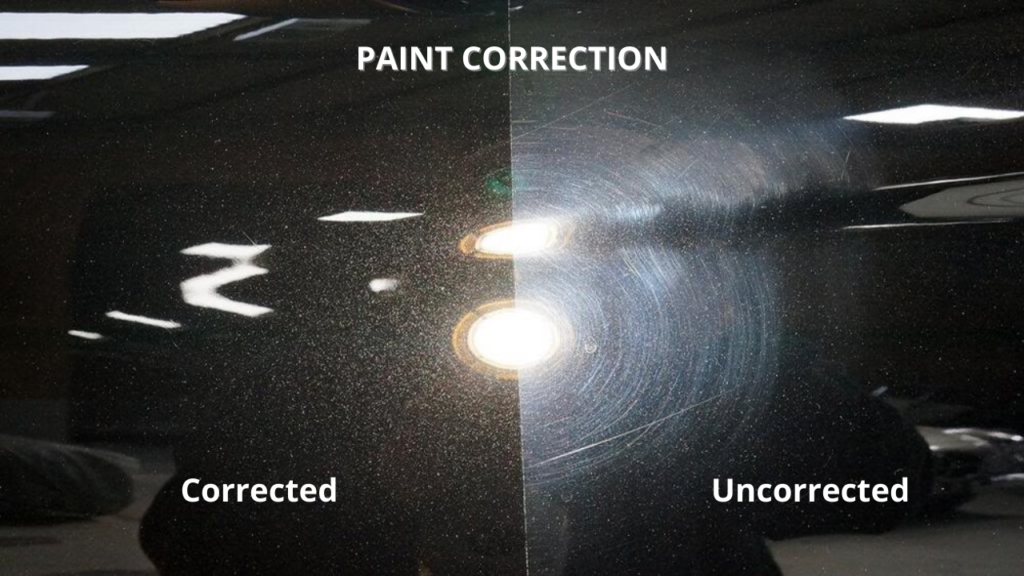 Need an idea on pricing in Arlington? Click below!

All the bells and whistles. Give your vehicle the premium shine it deserves!

Pet hair, milk spills, upholstery stains, grime, dirt, residue build-up of all sorts? we can address it! Vacuuming & steam cleaning so thorough, we encourage you to check our work.

Arlington, VA is a city in the state of Virginia. Located directly across from Washington D.C., on the Potomac River.  Arlington is a part of the Washington Metropolitan Area.

Arlington Virginia is the most populous city in the Commonwealth of Virginia. It is a historic and diverse American city located on the Potomac River, bounded by Washington, D.C., and three other jurisdictions: Falls Church to the southwest; Fairfax County to the west and northeast; and Alexandria to the east, across a narrow waterway. The city’s population was estimated at 230,580 in 2015 with its metropolitan area ranking 22nd-largest in the country.

In 1846, President James K Polk designated this area as a military reservation for future use as an arsenal or supply depot during war times which led Congress on July 16th

Notable landmarks are Arlington National Cemetery which was established during the Civil War on former Confederate General Robert E. Lee’s property to bury Union soldiers who died during that conflict. The cemetery also houses memorials for veterans of wars since then including those who fought in World War I and II, Korea and Vietnam as well as those killed or missing in action during peacetime operations such as Iraq and Afghanistan since 2001

I've always detailed my own cars myself and used to do this as a side hustle in the past. That being said; if I was going to have someone else detail my car, I was going to make sure their work and reviews looked high quality. I decided to have a full interior and exterior detail on my car in addition to sealant and a polish job. I think the photos speak for themselves but I was very satisfied and impressed with all aspects of the service from Erick. Punctuality, communication, quality of services, and costs for offerings. I would 100% recommend him to anyone; whether you are looking for touch up wash, or a full on detail and paint correction; you will NOT be disappointed!

The service was fantastic. I had my car detailed in anticipation of proposing to my (now) fiancée. He arrived right on time at my work and had everything finished just in time for me to leave at the end of the day. Amazing quality, and he went above and beyond! Totally worth it, and would do it again.

Erick had world class customer service and did an amazing job on fixing the scratches in my car. He was quick, efficient and cost efficient. He came right to my house and performed the work. Highly recommend

Erick and his team did a fantastic job on the interior of my husband’s large SUV! It needed some serious TLC and they were able to have it looking as close to brand new as possible. Booking was quick and easy and they were very responsive. 10/10 highly recommended. Thank you so much Erick and team!

My car needed some TLC after several years of neglect and a recent collision repair. Erick applied his deep knowledge of paint and interior materials to help me choose the highest value services, and then executed them with great care.

Auto Detail DMV rocked the full detailing and paint repair for my 17-year-old car. Highly recommend—solid communication and deeply knowledgeable of the craft. Whatever you need to read here to convince you to give them a shot, pretend you’re reading it now.

Great job on our 2 cars! They sparkled when he was done. I found Erick’s service online, not a referral, so I was a bit hesitant. Glad we took a chance on this enterprising young man! Erick gave me prices upfront with the caveat that he may need to adjust when he saw the cars. One didn’t need interior detailing and the other just needed minor interior cleaning, to include removing some light blue jean bluing from the drivers seat. He adjusts his prices based on the work needed; not a “one price fits all” like car washes. He did not try to up-sell us services. We will definitely use him for our cars again and again.

I am very happy I hired Erick for washing and detailing my wife's car. The car came out looking great and it was conveniently done at our home. It was not hard to get a convenient appointment. But most importantly Erick is a very friendly and hardworking guy who cares about a job well done. He is very easy to work with. I highly recommend!

I had not used a mobile detailing service before and had read about other people's bad experiences with some firms. However my dealings with Erick were straightforward and very professional. HIs services were clearly listed on the website as well as in the proposal, and it was easy to make an appointment and communicate via text and email. Erick arrived at exactly the promised time and met a schedule constraint that I had. The car (large SUV) looked great and Erick also pointed out some minor scratches that he could repair in the future if I acquired a paint kit from Toyota. All in all a very satisfying first experience and I will consider his services again on my other vehicles.

Erick was extremely professional and prompt in the initial communication and was very happy to answer all my questions and doubts. On the day of the appointment he was extremely punctual and he a did a fantastic job of detailing the interiors of my car. Before the service there was lots and lots of pet hair in the car and whilst I expected them to be taken care of, what I finally got was more than I had expected. I would strongly recommend Erick for car detailing. He is also very flexible and reasonably priced.

Erick was extremely professional and prompt in the initial communication and was very happy to answer all my questions and doubts. Erick did a great job detailing my vehicle! It had been a while since I'd gotten my car cleaned and it was not in the best condition. Erick told me it's take about 2 - 3hrs to finish the job and he was right on target. My car looks brand new and smells great. He took out strains I thought would never come out of my car and has a good eye for detail on what needed to be done. Would definitely recommend and would definitely hire again for another detailing.

Erick was extremely professional and prompt in the initial communication and was very happy to answer all my questions and doubts. Erick did a fantastic job! My husband’s truck was difficult to drive because it was such a mess 🙂 The typical mess from a large dog, hiking, fishing, road trips, etc. We traded vehicles for a bit and I immediately scheduled a detail. 90% of the dog hair is gone. There’s no evidence of dirt or grime. Every inch of the interior is clean! I can drive to work without fear of being covered in dog hair now! Erick was friendly, on time, efficient and professional! I will certainly use Erick again in the future.

Erick was extremely professional and prompt in the initial communication and was very happy to answer all my questions and doubts. With being a Mom of two, and one on the way. I needed my vehicle detailed very badly. We are always on our way to some sort of sports so we literally live in our vehicle some weeks. It was a wreck. Erick came and saved the day. He did AMAZING! My carpets were shampooed as well as the seats. He was able to clean the center console and it looked BRAND NEW. He even detailed the third row seating! Overall, my husband and I were so impressed we're gonna get the rest of our vehicles done by him as well. Very thankful for Erick's help with this nesting Mama 🙂